Warning: A non-numeric value encountered in /home/customer/www/everysymptom.com/public_html/wp-content/themes/Divi/functions.php on line 5752 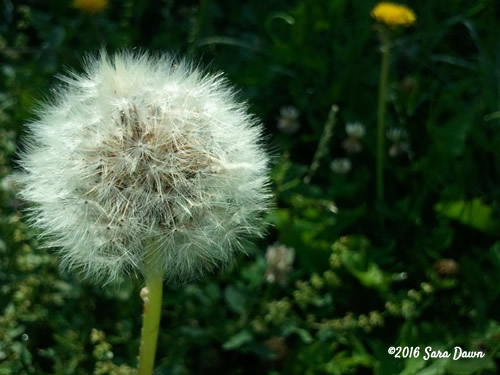 My endo story is sadly, not so different from most; excruciating pain, fatigue, constant bloating, nausea, vomiting. Being swept aside and told it’s all in my head. Surgery. Hormones. Alternative medicine. Stubborn symptoms that keep returning. Here’s how it all began for me….

I crouched over on the edge of the bed, feeling an unbearable, nauseating pain radiating up from the base of my pelvic bowl. It was so intense that I could not move. The only position I could manage to be in was sitting, leaning slightly forward over my knees. My boyfriend thought I was faking it, and got mad at me when I refused to move, drink, or eat for half the day. I was 18 years old, just out of high school.

“Some women just have it worse than others. Take some ibuprofen and make sure you’re getting enough exercise”. This was the advice of my doctor at the time.

Several months later when I was taking the maximum dose of 8 ibuprofen a day with still no relief my doctor apologized to me, saying again that “some women just have it bad and others don’t”. There was nothing he could do unless I wanted to go on birth control, and he offered me no other explanation or advice for the symptoms. But starting on birth control just a few years after staring menstruation didn’t feel right to me. I continued taking high doses of over the counter pain killers just to get through the day.

Fast forward a few years later and I had chronic fatigue, eczema, irritable bowel syndrome, and killer periods that caused me to vomit on the first day of bleeding and lay on the bathroom floor cursing the universe and my existence as a woman. No one seemed to know how bad my symptoms were and could not offer any reasonable advice.

I finally got in to see a ‘specialist’ recommended by a friend, and he told me that I likely had endometriosis. It was the first time I heard anyone mention this disease. I was 21 years old. I told him I had an interest in trying Chinese Medicine first, before taking any prescription drugs, which really got him upset. He threatened that if I did not go on birth control now I would need a full hysterectomy by the time I was 30, if not sooner. I left his office, furious that I paid money to be yelled at and ridiculed for wanting to explore natural options. Looking back now I can see the misinformation he had been taught, and his frustration at my not accepting his only valid idea of health care.

I began acupuncture immediately and persevered for four years with various improvements and set backs, emergency room visits, and a complete lifestyle change, (diet, yoga, qigong, breathwork, inner personal work etc) until I was entirely symptom free in 2002. It was the first time in my adult life that I knew what it was like to function as a healthy human being. I was blissfully free for four years, until 2005 when all of my symptoms returned.

I had maintained my healthy lifestyle changes, so it was quite crushing that the disease returned. I was living in a new city and could not find an acupuncturist who could successfully help me manage the symptoms, so I decided to finally give birth control a try. It was 6 months before I found the ‘right’ pill for me that would not cause massive mood swings, uncontrollable sobbing, and miserable side effects. I stayed on the pill for several years, the symptoms always luring just beneath the surface as my abdomen ached and swelled, and I suffered with migraines so severe that impacted my sight.

A year later I had debilitating pain on my right side almost daily. A visit to my gyn came up with normal results and I was told everything is fine, but I insisted that I receive an ultrasound as I knew something was just not right. The imaging revealed a cyst on my right ovary, large enough that surgery was recommended. With my gyn’s advice, I decided to have a laparoscopy to remove the cyst and also look for endometriosis. If any endometriosis was found, it would be ablated (burned away with a laser). I was hopeful that this would at last give me some answers and permanent relief. It turns out I had adhesions wrapped around my ovary, fallopian tube, and ascending colon, pulling everything up out of place and adhered to my abdominal wall.

The laparoscopy proved to be extremely hard on my body and did not help with my symptoms at all. I could not urinate for two days and have seemingly permanent symptoms of a damaged bowel. My life has never been the same since that surgery. I now understand that there’s no such thing as ‘minor, noninvasive surgery’. Surgery is traumatic to the body, (that’s why they put you ‘out’ for it), and in my opinion, it should always be a last resort.

Since my disaster of a laparoscopy in 2007, I went back to acupuncture and managed to be symptom free for a few years, but the disease seems to keep coming around for seconds, thirds, and fourths… It was recommended that I go on birth control ‘full time’ again and stop having periods. I tried this under the guidance of my gyn and nearly hemorrhaged to death. It took me 6 months to recover from the anemia. I went off birth control once again and was able to get the bleeding under control with herbs recommended to me by a midwife. The pain, vomiting, etc all continued on though.

I’m not exactly excited about having another laparoscopy. I now know that endometriosis can be microscopic in size and still cause symptoms this severe. Yet with all the risks associated with surgery (including excision surgery, a new procedure for cutting out endo), there’s not much appeal for me to take that path again. Today I am focused on natural approaches as it is where I have found most of my success. I’m also aware that what works for one person does not work for all, and I support women’s choice to find what path works best for them.

What is your endo story?

What have you found that has helped or hasn’t helped you?

Please feel free to share in the comments below.

You have Successfully Subscribed!

Your email is safe with me. I will never spam you!